New findings published in the Proceedings of the National Academy of Sciences of the United States of America (PNAS) by Desert Research Institute (DRI) Professor Joseph R. McConnell, Ph.D., and colleagues document a 192-year series of volcanic eruptions in Antarctica that coincided with accelerated deglaciation about 17,700 years ago.

"Detailed chemical measurements in Antarctic ice cores show that massive, halogen-rich eruptions from the West Antarctic Mt. Takahe volcano coincided exactly with the onset of the most rapid, widespread climate change in the Southern Hemisphere during the end of the last ice age and the start of increasing global greenhouse gas concentrations," according to McConnell, who leads DRI's ultra-trace chemical ice core analytical laboratory.

Climate changes that began ~17,700 years ago included a sudden poleward shift in westerly winds encircling Antarctica with corresponding changes in sea ice extent, ocean circulation, and ventilation of the deep ocean. Evidence of these changes is found in many parts of the Southern Hemisphere and in different paleoclimate archives, but what prompted these changes has remained largely unexplained. 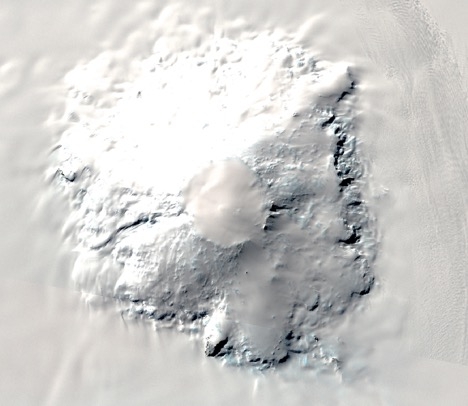 "We know that rapid climate change at this time was primed by changes in solar insolation and the Northern Hemisphere ice sheets," explained McConnell. "Glacial and interglacial cycles are driven by the sun and Earth orbital parameters that impact solar insolation (intensity of the sun's rays) as well as by changes in the continental ice sheets and greenhouse gas concentrations."

"We postulate that these halogen-rich eruptions created a stratospheric ozone hole over Antarctica that, analogous to the modern ozone hole, led to large-scale changes in atmospheric circulation and hydroclimate throughout the Southern Hemisphere," he added. "Although the climate system already was primed for the switch, we argue that these changes initiated the shift from a largely glacial to a largely interglacial climate state. The probability that this was just a coincidence is negligible." 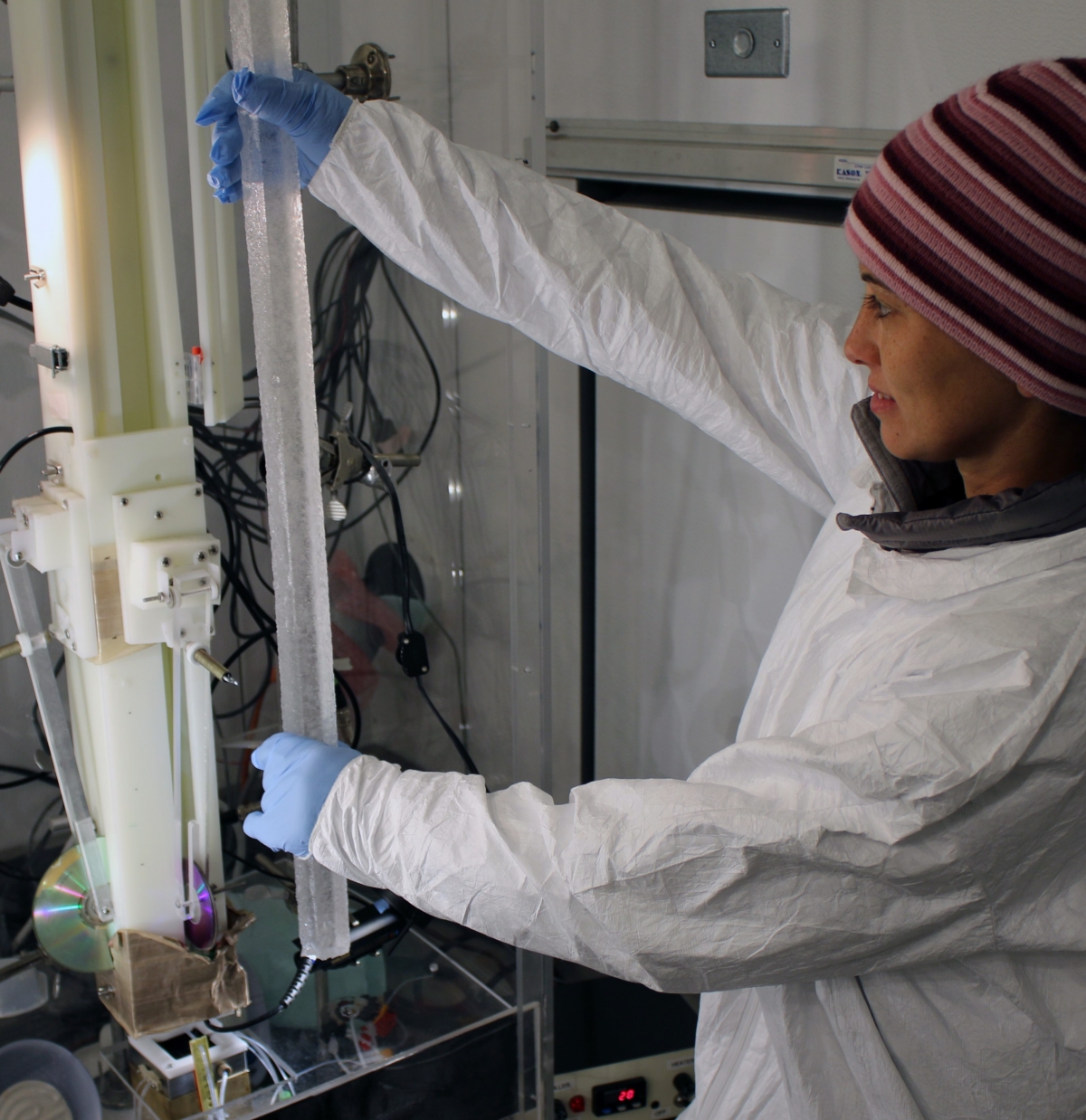 How Were These Massive Antarctic Volcanic Eruptions Discovered and Verified?

McConnell's ice core laboratory enables high-resolution measurements of ice cores extracted from remote regions of the Earth, such as Greenland and Antarctica. One such ice core, known as the West Antarctic Ice Sheet Divide (WAIS Divide) core was drilled to a depth of more than two miles (3,405 meters), and much of it was analyzed in the DRI Ultra-Trace Laboratory for more than 30 different elements and chemical species.

Additional analyses and modeling studies critical to support the authors' findings were made by collaborating institutions around the U.S. and world.

"These precise, high-resolution records illustrate that the chemical anomaly observed in the WAIS Divide ice core was the result of a series of eruptions of Mt. Takahe located 350 kilometers to the north," explained Monica Arienzo, Ph.D., an assistant research professor of hydrology at DRI who runs the mass spectrometers that enable measurement of these elements to as low as parts per quadrillion (the equivalent of 1 gram in 1,000,000,000,000,000 grams). 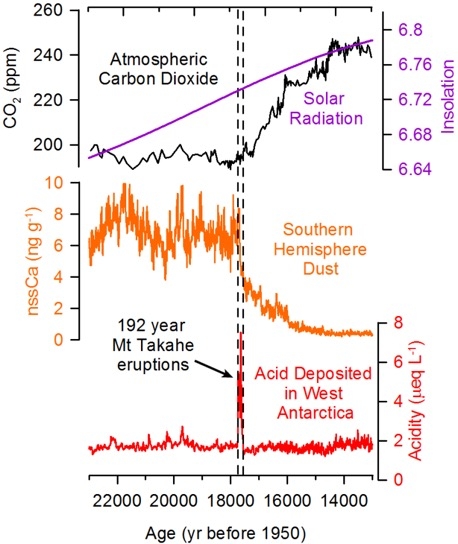 "No other such long-lasting record was found in the 68,000-year WAIS Divide record," notes Michael Sigl, Ph.D., who first observed the anomaly during chemical analysis of the core. "Imagine the environmental, societal, and economic impacts if a series of modern explosive eruptions persisted for four or five generations in the lower latitudes or in the Northern Hemisphere where most of us live!"

Discovery of this unique event in the WAIS Divide record was not the first indication of a chemical anomaly occurring ~17,700 years ago.

"The anomaly was detected in much more limited measurements of the Byrd ice core in the 1990s," notes McConnell, "but exactly what it was or what created it wasn't clear. Most previous Antarctic ice core records have not included many of the elements and chemical species that we study, such as heavy metals and rare earth elements, that characterize the anomaly – so in many ways these other studies were blind to the Mt. Takahe event."

"We also found the chemical anomaly in ice from two other Antarctic ice cores including archived samples from the Byrd Core available from the University of Copenhagen and ice from Taylor Glacier in the Antarctic Dry Valleys," said Nathan Chellman, a graduate student working in McConnell's laboratory.

Extraction of the WAIS-Divide ice core and analysis in DRI's laboratory were funded by the U.S. National Science Foundation (NSF).

"The WAIS Divide ice core allows us to identify each of the past 30,000 years of snowfall in individual layers of ice, thus enabling detailed examination of conditions during deglaciation," said Paul Cutler, NSF Polar Programs' glaciology program manager. "The value of the WAIS Divide core as a high-resolution climate record is clear in these latest results and is another reward for the eight-year effort to obtain it."

This article originally appeared at http://www.dri.edu/newsroom/news-releases/5566-massive-antarctic-volcanic-eruptions-linked-to-abrupt-southern-hemisphere-climate-changes-near-the-end-of-the-last-ice-age